"The drumset, to me, is an orchestra."
Leonard King.

Leonard Clyde King Jr. was born at Burton Mercy Hospital, East Hancock at Brush Streets, Detroit Michigan on February 14, 1948. He was musically inspired very early in life and received his first phonograph player at age 3. "In those days Detroit was a REAL music city for many years. A person would practically have to have their fingers in their ears if they wanted to ignore the cultural richness the city had to offer despite its social polarities. My father, LC King, was an electrical/mechanic who owned jukeboxes and other vending machines, plus he LOVED music. In our household there were two rooms that DIDN'T have phonograph records—the kitchen and the bathroom".

"Although my earliest as a performer was as a vocalist in elementary school singing the hits of Chuck Berry, Frankie Lyman and the Teenagers, Fats Domino, and others, I was listening to ALL instruments and so much more music. Of course, it was the drums that resonated the strongest within me, but I understood very early my relationship to everyone in an ensemble—small or large. I'd use anything that was available in our house to imitate drum sounds especially the kitchen furniture. One afternoon I was using rulers on those chairs after my mother had recently reupholstered them, and I made dents in them without paying attention. I said, 'Uh-ohh' because I just KNEW she was gonna get me for messin' up those chairs. Instead she asked me if I wanted to take drum lessons. Of course I said yes and was relieved that she was in a good mood".

"I studied for three years at Grinnell Brothers Studios on Fort Street in Lincoln Park, Michigan beginning in September 1957 with William Keith who eventually became a Michigan state senator. Interestingly enough, during the summer of 1963—at age 15—I decided I wanted to start my own band. I called it the Jazz Sextet but in 1967 it was changed to Leonard King and the Soul Messengers. This band would mature enough to be called often to accompany local and national artists such as Al Green, Edwin Starr, Bettye LaVette, Pigmeat Markham, Johnnie Taylor, Laura Lee, The O'Jays, The Fantastic Four, Syl Johnson, and many others. It's important for me to mention the great mentoring I received from many elders during my formative years, especially from my father. I’m still utilizing the benefits to this very day".

"As for other ensembles my longest association was 35 years, at different intervals with organist Lyman Woodard’s Organization. For 16 years I toured the planet with saxophonist James Carter’s various groups (he started with my group as a teenager in 1984). The Visger Road Drum Band existed from 1992 to 2004. Currently Proportioned Orchestra (three bassists, drums/vocals), Oopapada (now a quintet with trumpet/saxophones/guitar/bass/drums & vocals), and the Dr. Prof. Leonard King Orchestra (16-pieces) are the groups that provide a great cross section of creativity for me. From 1960 to now it continues to be a great journey". 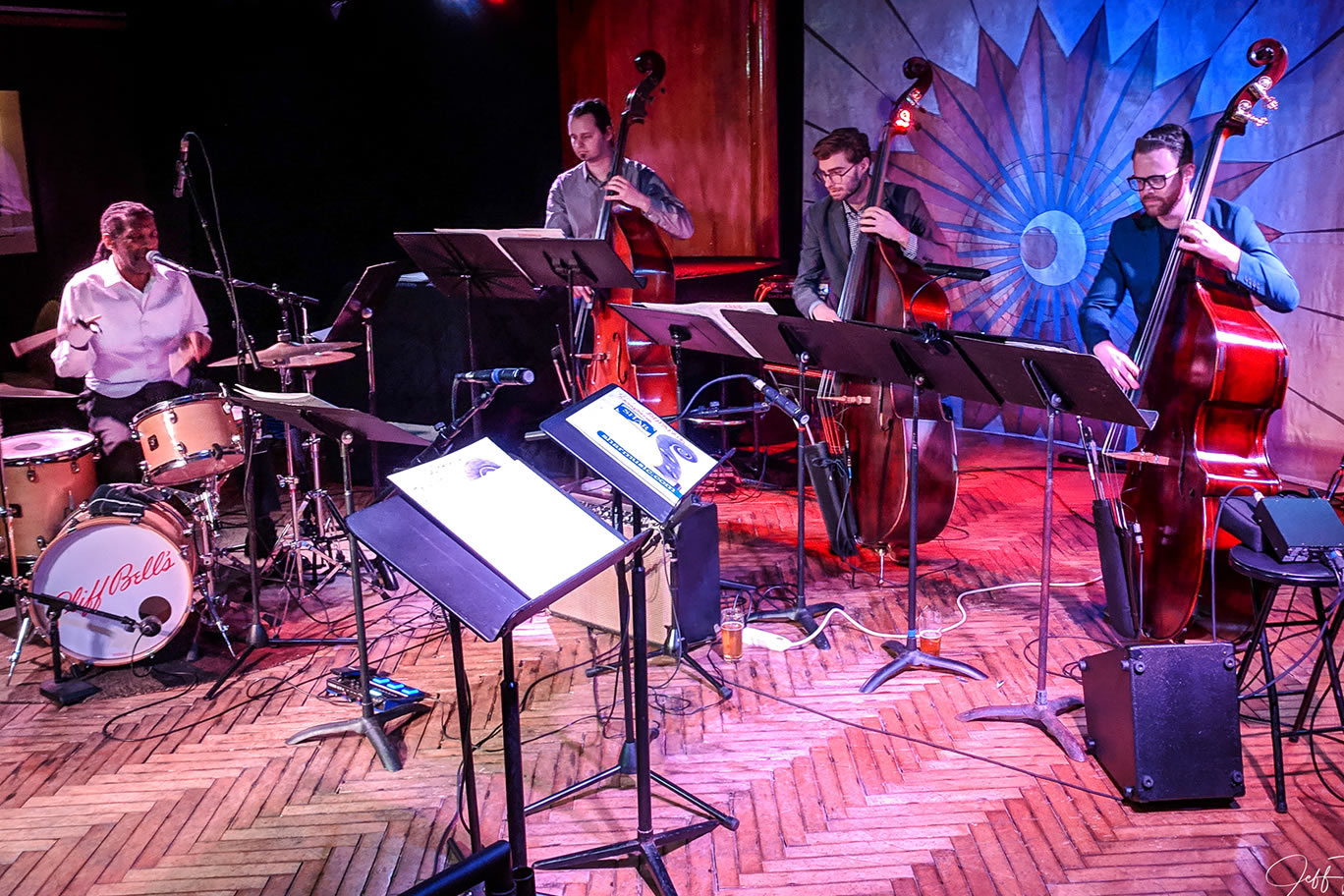 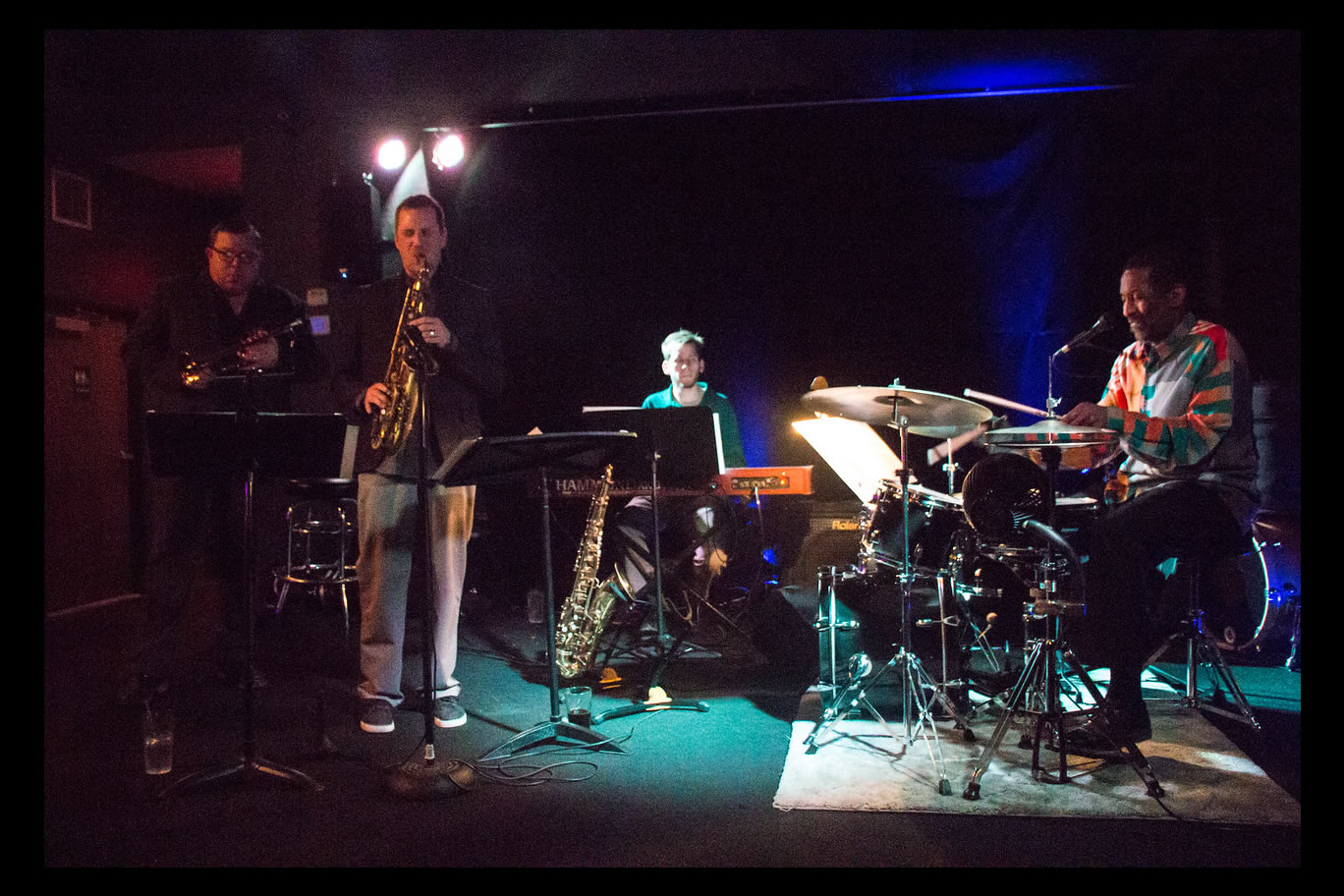 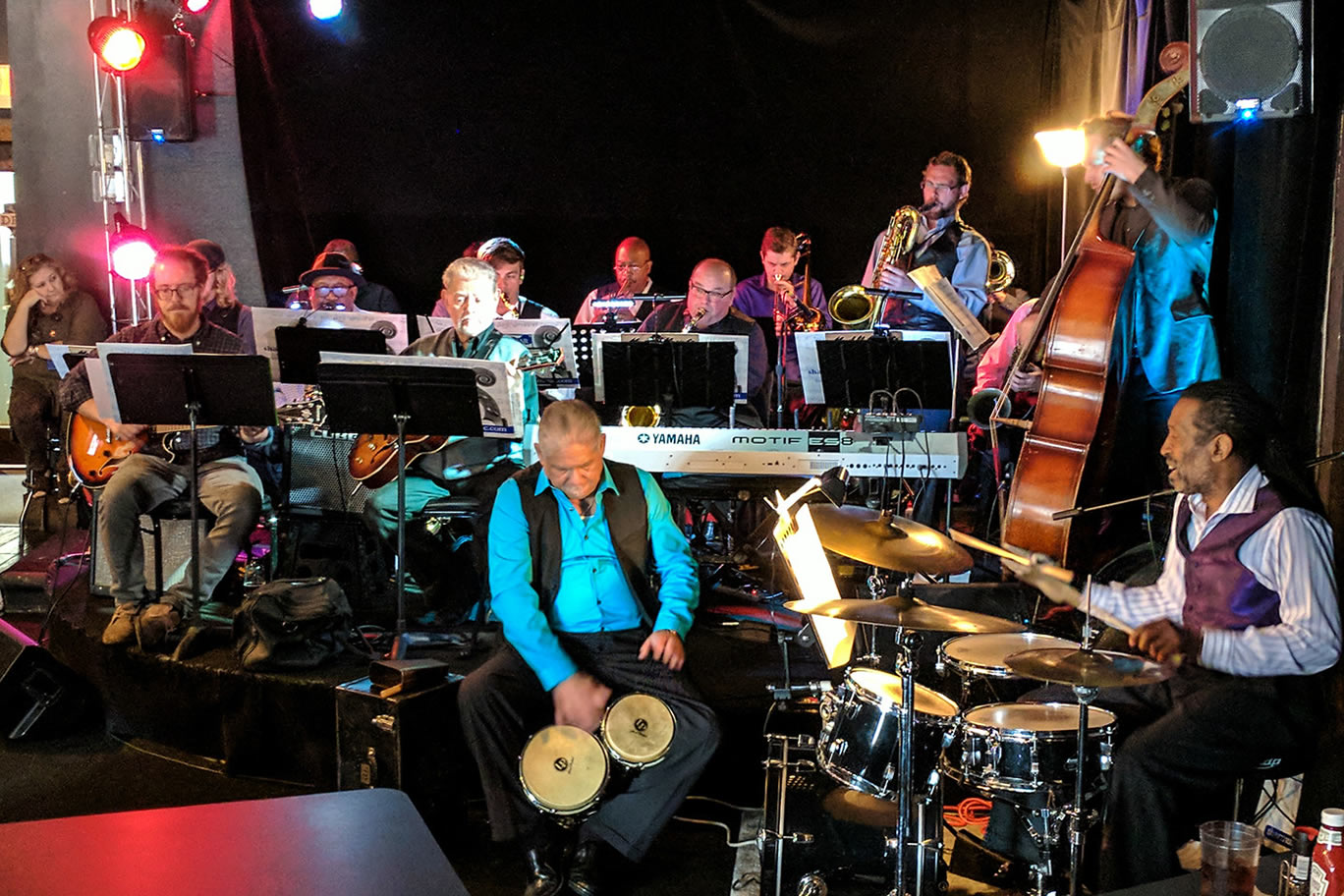 Leonard King - The Trapset is an Orchestra.

Listen to More From Leonard King on Soundcloud

"Dr. Professor Leonard King Jr. is not only one of our most historically and culturally important figures, but he's one of Detroit's biggest musical personalities."